Silvie Paladino is one of Australia’s most versatile and talented entertainers.
Her first theatrical role was Eponine in the Australasian tour of Les Misérables at the age of eighteen. She was then invited to perform the same role in the London production. In 1997, Silvie returned to London where she performed the role of Fantine in Les Miserables for a successful two-year season.
Silvie’s Australian credits include the roles of: Jeannie in Hair, Grizabella in Cats, Ellen in Miss Saigon, Donna in the smash hit Mamma Mia!, Rita in Sideshow Alley, Clara in Passion and for The Production Company: Lady Thiang in The King And I, Florence in Chess (Green Room and Helpmann Award nominations) and Jerry’s Girls.
Silvie has performed at many special events such as the world-wide telecast of the Rugby League Grand Final, the Australian Football League Grand Final, Boxing Day Cricket Test, the President’s Cup Golf tournament and a concert in Beijing, as part of the 2008 Olympics.
Silvie’s concert credits include performances with symphony orchestras throughout Australia, internationally with the Salvation Army Band, a solo concert tour of China and tours with international performers, Patrizio Buanne and Michael Bolton. She has also performed for celebrated theatre composers Stephen Sondheim and Stephen Schwartz. Her one-woman shows Silvie Paladino Sings Streisand (Green Room Award nomination) and Silvie Paladino - The Songs of Eva Cassidy have received rave reviews.
Apart from her theatrical credits, she is well known to Australian audiences through her regular television appearances including Carols by Candlelight for the Nine Network.
Her recordings include Silvie Paladino Sings Streisand, Silvie Paladino - Christmas List, On My Own, When You Believe, I Give You My Heart, O Holy Night and Take My Breath Away – The Songs of Eva Cassidy.
This year, Silvie plays the role of Helen Bechdel in Fun Home with the Melbourne Theatre Company and the Fairy Godmother in Rodger and Hammerstein’s Cinderella. 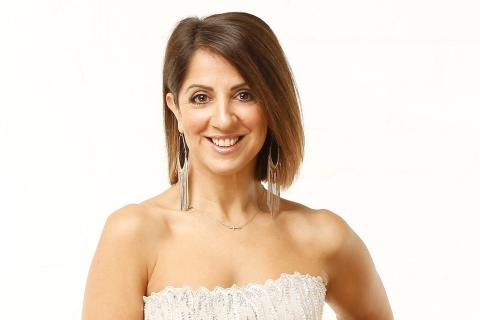