Thank you to all of our fantastic partners who continue to support this iconic event.
Their generosity makes it possible to continue to deliver this event that has won the hearts of generations of Australians.

If you, or your organisation, is interested in becoming a partner for Vision Australia's Carols by Candlelight in future, let us know!
Submit an expression of interest 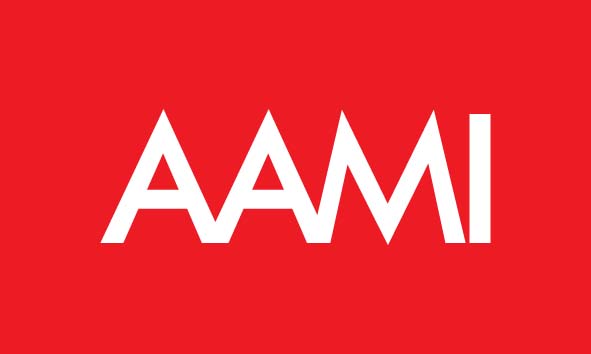 For over 50 years, AAMI has helped Aussies recover from life’s unexpected events.  As one of the nations’ leading insurers, we understand the important role that we play in supporting the community, especially in times of adversity. We’re proud to be partnering with Vision Australia for their Carols by Candlelight event, to support their vital work helping blind or visually impaired children, and their families, achieve the greatest levels of independence. This year marks the 85th annual Carols by Candlelight where some of Australia's most loved stars will perform a selection of Christmas favourites.

Entertainers will give family, friends and loved ones the opportunity to share in the spirit of Christmas.

The Carols will broadcast live from Melbourne's Sidney Myer Music Bowl on December 24th at 8pm on Channel Nine. Situated in the heart of the Melbourne Arts Precinct, the Arts Centre Melbourne presents an extensive performing arts program. Experience Australia's best companies and international productions, alongside celebrations of comedy, cabaret, popular and contemporary music in a year round program. The Arts Centre Melbourne is thrilled to showcase its extraordinary outdoor venue, the Sidney Myer Music Bowl, and be part of Vision Australia's Carols by Candlelight annual family evening. When the Primm family moves to New York, young Josh discovers Lyle - a singing crocodile (Mendes) who loves baths, caviar and great music - living in the attic of his new home.

The Primms show the world that family can come from the most unexpected places and there’s nothing wrong with a big singing crocodile with an even bigger personality.

As the official hotel partner of Carols by Candlelight, Marriott International Hotels & Resorts and its travel program Marriott Bonvoy are proud to be supporting Vision Australia in its fundraising efforts.

Offering access to more than 7,000 hotels, world-class benefits and endless experiences, Marriott Bonvoy members can enjoy exclusive offers on dining and accommodation around the globe and in Melbourne, plus unlock enhanced experiences for members at Carols by Candlelight.

3AW is an integral part of Melbourne and as such is proudly involved in the major events that form a vital part of our city's culture from AFL to the Spring Racing Carnival right through to the Australian Grand Prix.

Vision Australia's Carols by Candlelight is an iconic event of Melbourne and as such forms a very important component of our partnership calendar.

At the Herald Sun our commitment is to you.

We’re for a world where heroes are everyday people.

We’re for giving you a front row ticket to the greatest shows in our city.

We’re for breaking the big stores.

We’re for giving a voice to Victorians. QMS is a leading digital outdoor media company, providing clients and agencies with dynamic and innovative advertising solutions, underpinned by the latest developments in technology and data. Connecting audiences through multiple touchpoints and customised data, we provide multi-platform engagement across our portfolio of premium landmark digital and traditional billboards, exclusive street furniture and airport locations.

smoothFM is dedicated to bringing its busy audience a stress-free environment of more music and less talk, and can be heard on 91.5 in Melbourne.

Wake up to the More Music Breakfast Show with Mike Perso and Jen Hansen, followed by Ty Frost and Simon Diaz across the day with all of your smooth favourites before Byron Webb takes over for the drive home.

Then join Cameron Daddo from 9pm Monday to Sunday nights for a superb blend of laidback music to help release the stresses of the day. Offering a range of interesting and informative programs including readings from newspapers, magazines and books, interview and specialist programs on new technology, gardening, finance, travel, wine and food, the arts and more, you're sure to find something of interest.

We are here to serve customers well and help our communities prosper.

Today, there are more than 30,000 people, serving 9 million customers, at over 900 locations throughout Australia, New Zealand and around the world. Squealing Pig is a tale about a pig who wanted more from life than just his pig pen. Keen on wine, but not a fan of the bore that you get with it, he began his adventure in New Zealand, before travelling to Australia and spreading his wings to other parts of the world. The Squealing Pig ethos is to make cracking wines that are approachable, flavour-packed and pair brilliantly with no-fuss foods. And to have more fun than anyone else doing it. St John Ambulance is a charity in the Victorian community working ‘For the Service of Humanity’. We exist to help those who are in sickness, distress, suffering or danger. We have been serving the community for over 137 years, and our dedicated volunteers are proud to be supporting Vision Australia’s Carols by Candlelight. At Villa Maria, we’ve been pioneering a new breed of fresh, vibrant and adventurous wines since 1961.
We grow our iconic Sauvignon Blanc in the Marlborough wine fields, in wind-cooled valleys between shaking mountains and crashing seas. We bottle it in the crater of a volcano, then we release it from Aotearoa New Zealand to you.
Villa Maria.  Made for the moment.  Made from New Zealand.